There are three different ways Celona Edge can be integrated to your existing enterprise L2/3 network infrastructure. We have done the hard work of translating LTE/5G wireless to your environment so that you can use what you have - instead of having to deploy a completely separate network infrastructure for private cellular wireless connectivity powered by the CBRS spectrum.

In this mode, Celona Edge acts as a NAT gateway. Devices connected to the Celona network, that are members of the default IP Domain, receive their IP address via DHCP from Celona Edge.

Devices behind the Celona Edge are not accessible from the Enterprise LAN.

Clients will use the same DNS as configured for the LAN interface of Celona Edge. In the event that one has not been provided Celona Edge will fallback to using dns.google.com. 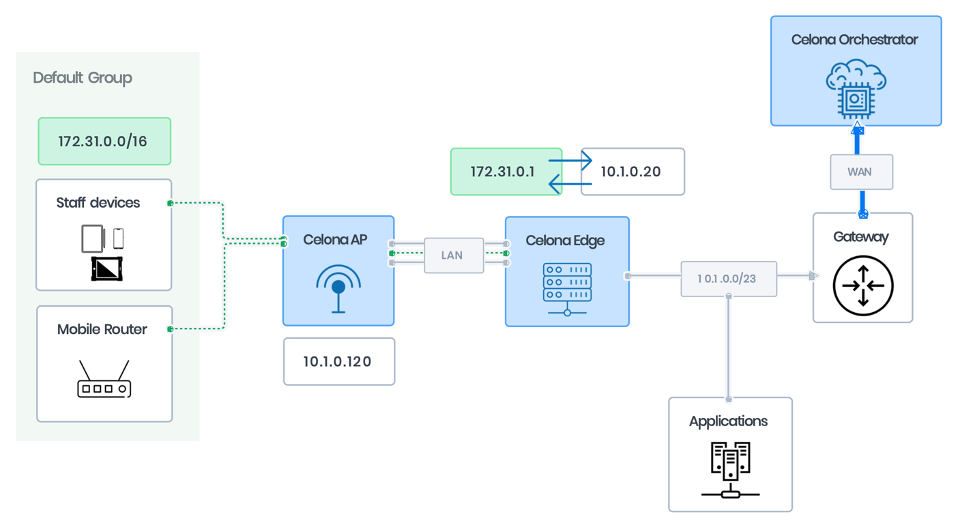 The Celona Edge acts as a layer 3 gateway in this mode allowing layer 3 connection between your LAN and devices connected to your Private Mobile Network.

This mode can be used for any devices that must be reachable from the LAN.

It would also be possible to access devices behind a mobile gateway via port forwarding. Devices connected to the Celona network, that are members of the customized IP Domain, receive their IP address from the Celona Edge.

Devices on the Celona network can be reached from the Enterprise LAN by configuring your default gateways to route requests for this IP Domain via the Celona Edge. These devices will use the same DNS as configured for the LAN interface of Celona Edge. In the event that a DNS server has not been provided, Celona Edge will fallback to using dns.google.com. 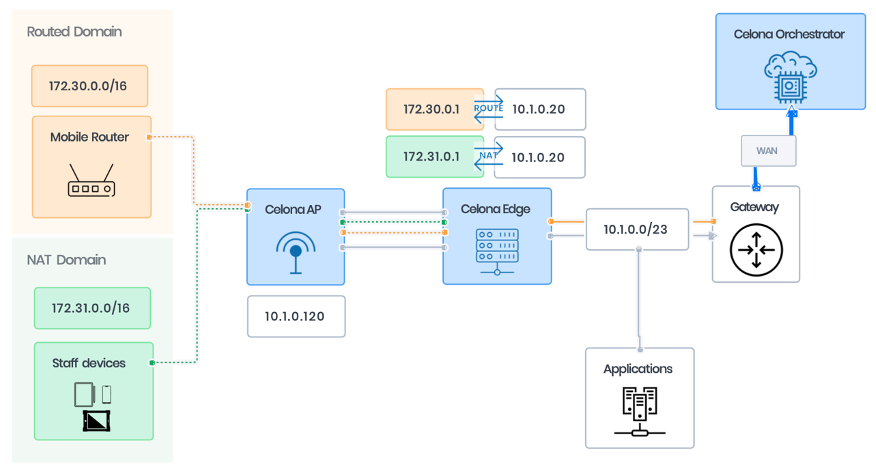 The Celona Edge connects UE’s to the VLAN’s subnet. if an IP domain has been configured with a VLAN. Devices connected to the Celona network, that are members of the custom IP Domain associated with that VLAN, receive their IP address from the default gateway or DHCP server on that VLAN.

This mode can be used to establish direct connectivity to devices on the Celona Private Mobile Network from the LAN. Because the LAN subnet is extended all the way to the device it is possible to establish Layer 3 routed connectivity to clients behind a mobile gateway connected in this mode. For example, you may wish to “pull” sensor data from an IoT device behind the gateway or request live video via RTSP from an IP Camera. 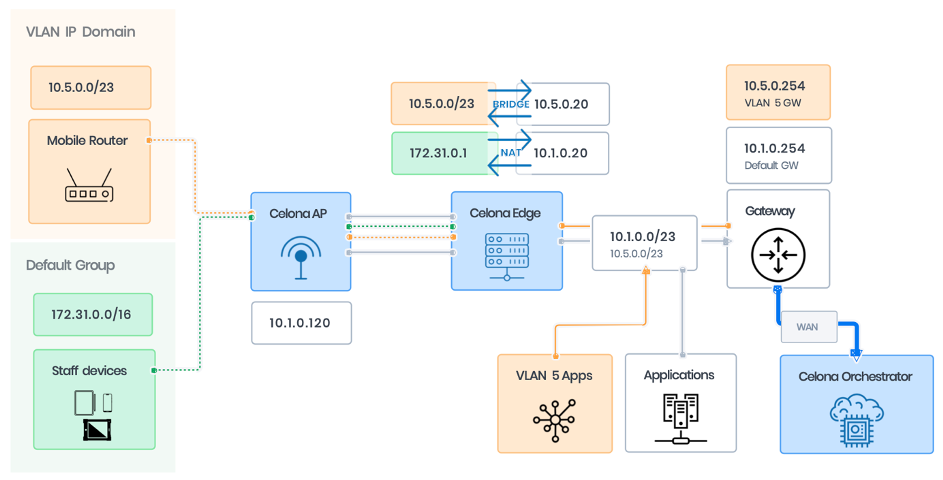 To connect your first set of CBRS capable devices to the network, you need to configure your Celona SIM cards. Read more here.