The Celona Edge acts as the heart of a Celona private mobile network, providing both 4G LTE and 5G mobile services across the entire array of devices and applications connected via private cellular. It interconnects the Celona access points (AP) across the private local, and wide area networks, for control and user data plane processing.

The Celona Edge is based on Kubernetes microservices, allowing it to run on any compute platform, including Bare Metal, VMware, AWS Snow family, and Microsoft Azure private MEC. Acting as the mobile core, Celona Edge is also extremely adaptable, with horizontal scalability and high availability enabled by design.

How is this typically deployed?

Our minimum recommended deployment is a three-node Edge Cluster. 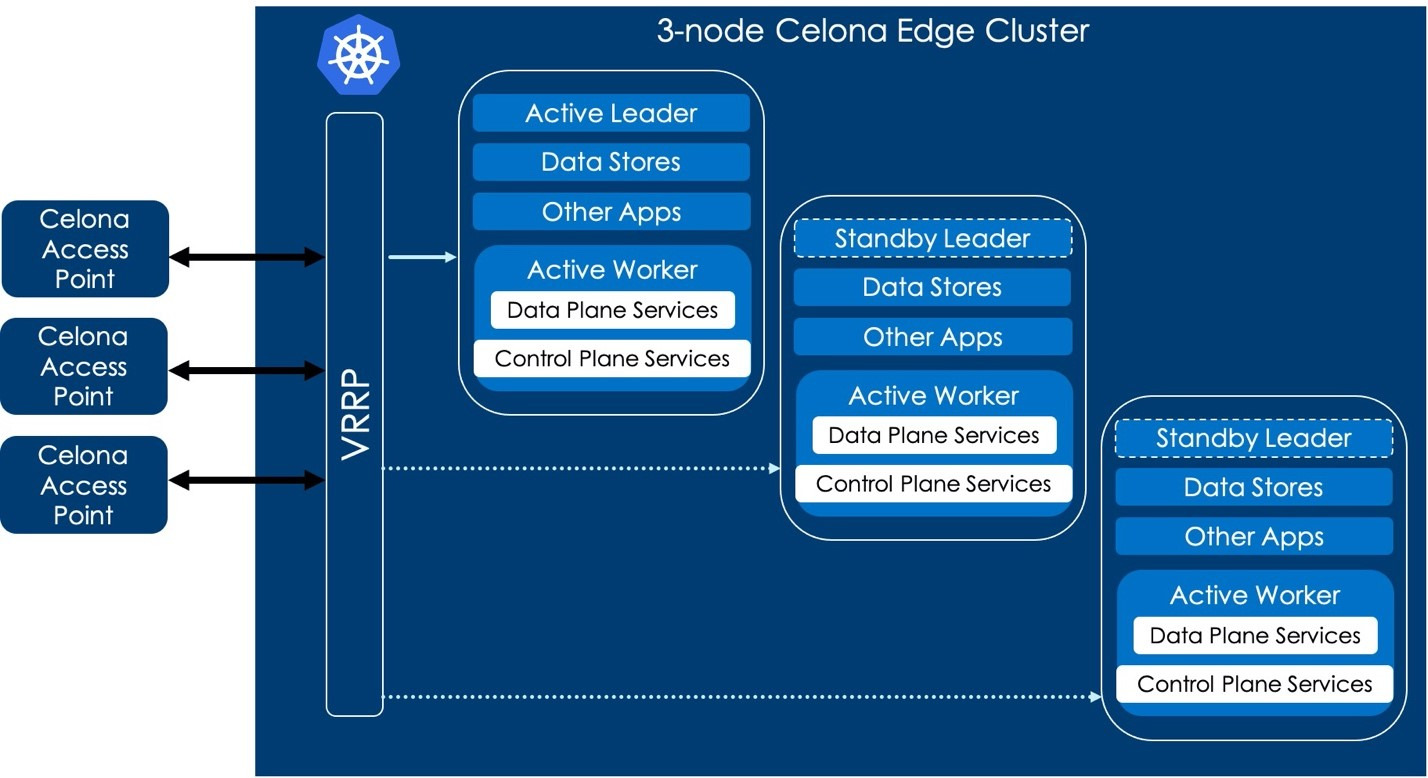 Virtual Router Redundancy Protocol (VRRP) is used to present a single consistent IP address for connection of Celona APs, thus minimizing downtime in the event of an Edge Node failure.

Each of the Edge Nodes is running both a Kubernetes Leader and Worker. Only one node can be Leader, any others will automatically enter Standby Leader mode.

All three Edge Nodes in the Cluster are Active Worker nodes, concurrently performing;

When devices connect to the Celona network, their connectivity and traffic are actively load-balanced across all three Edge Nodes in the Cluster.

What happens in the event of an Edge Node - Active Leader, failure?

If the Active Leader fails the Standby leader nodes will elect a new leader and this becomes the main recipient of VRRP forwarded traffic. 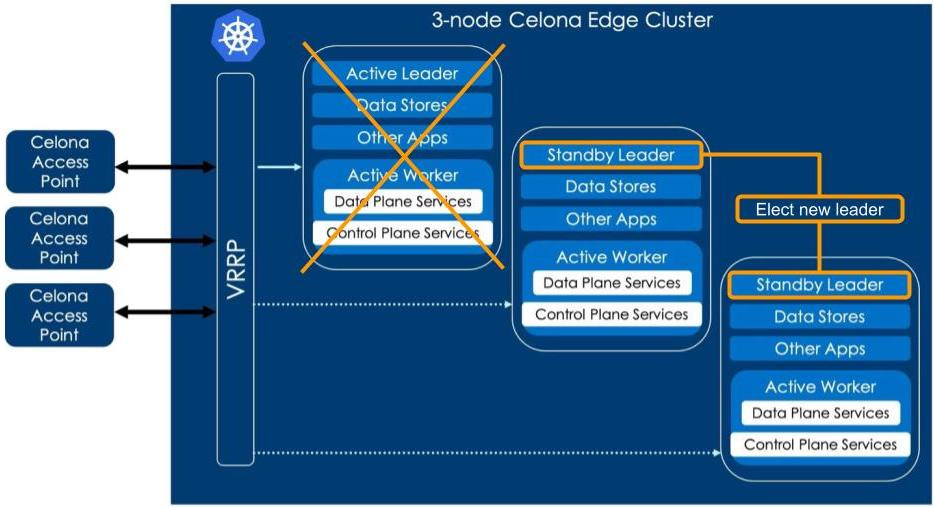 From the perspective of the Celona AP, the leader is always present at the same VRRP IP address.

Active data connections for devices connected to the failed node will now failover to other active nodes in the Edge Cluster.

Once the failed services on the previously active leader node are repaired it will rejoin the cluster as a Standby Leader and Active Worker. The newly elected Active Leader will continue in that role.

What happens in the event of a Worker failure?

Workers are always active on every Edge Node within the cluster. In the event of a Worker failure; 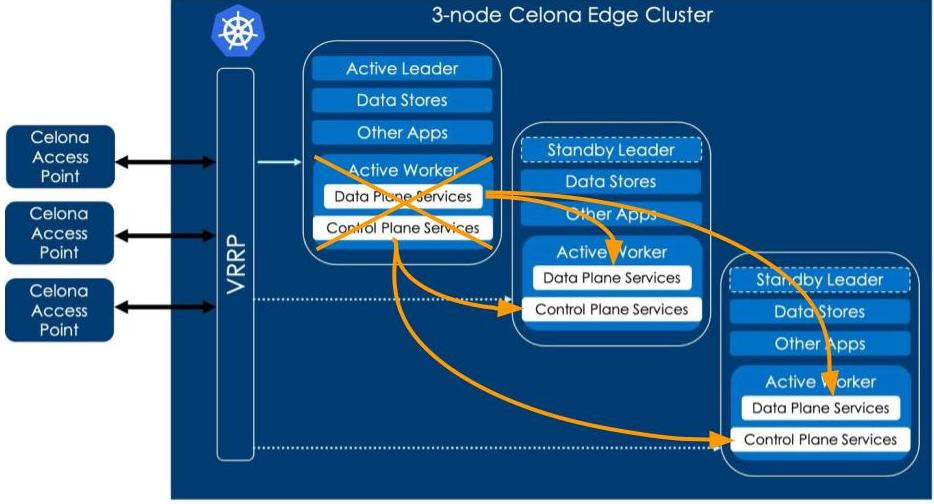 This guide provides details on how to create a High Availability Cluster using Celona Orchestrator.

Next up is configuring your firewall configuration so that Celona infrastructure components can communicate with the face of the Celona platform, Celona Orchestrator. Learn how in this article in the series.