This article highlights how you can enable enterprise network access to IoT solutions deployed in your facilities by extending their reach by taking advantage of a Celona private cellular wireless infrastructure.

As a result, a world of Wi-Fi enabled IoT devices can have superior, more effective wireless coverage area within a Celona network.

Network protocols for IoT devices include WiFi, Bluetooth, ZigBee, Z-Wave, and LoRaWAN. In this article, we'll focus on a variety of easily obtained Wi-Fi enabled consumer devices. While these particular devices might be more for home use versus enterprise use, they can run on an IP-based network similar to their more costly and sophisticated enterprise equivalents.

We have tested each of the devices on this list, connecting to a Netgear MR5200 M5 hotspot, which is compatible with a Celona network.

The Wyze Car is a Wi-Fi controllable and static WiFi camera RC car.

Note: There are many advertised "2.4GHz" and "WiFi" RC cars. For compatibility with CPEs, please verify that the car can log into a WiFi SSID with password. Many of these cars utilize proprietary 2.4GHz RF and cannot log into a WiFi network with SSID and password. 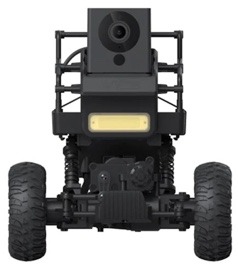 With Wi-Fi to the Netgear M5 hotspot, we were barely able to drive this RC car out 50 feet from the hotspot. The following is a Google Network Planner screenshot to help visualize the path we took with the Wyze Car. Exceeding the range limit, the Wyze Car becomes unresponsive without the ability to regain control without physically moving the Wi-Fi access point closer. 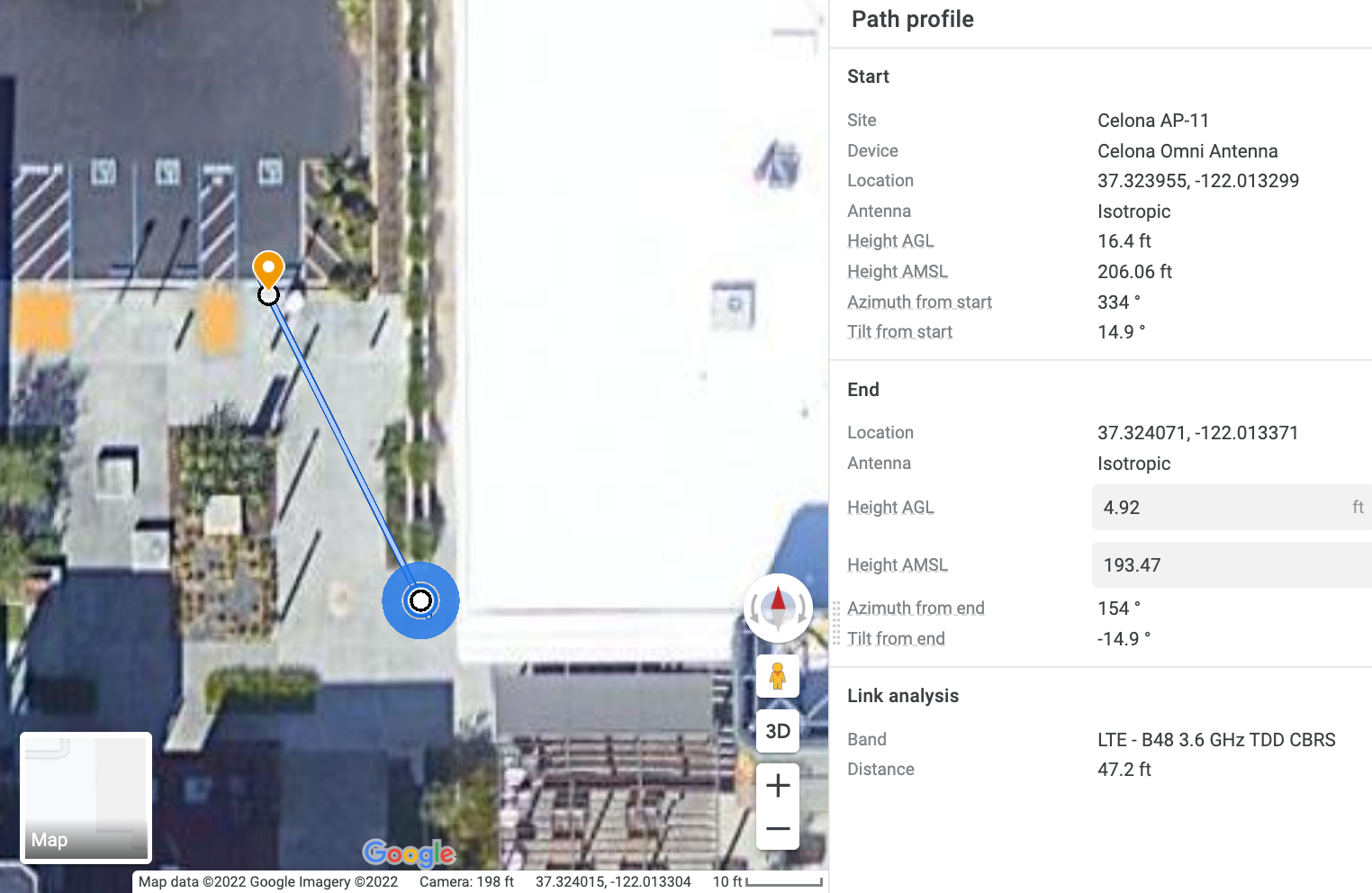 To improve the wireless coverage for Wyze Car, we utilized the generous cargo area of Wyze Car to hold the Netgear M5 hotspot - which is then connected to the Celona network we have used for this validation. 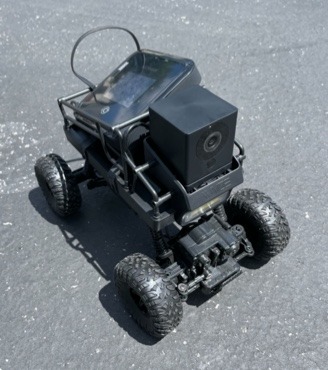 From the point of view of the Wyze Car, nothing has changed. The Wyze Car still connects over Wi-Fi to the Netgear M5 hotspot.

However, the Netgear M5 hotspot is now powered by Celona installed within the same enterprise network, allowing for connectivity at greater range. We have utilized a Starlink base station as our internet uplink during this test.

Acting as the remote control for the Wyze car, an Apple iPhone 12 Pro was also on the Celona network. 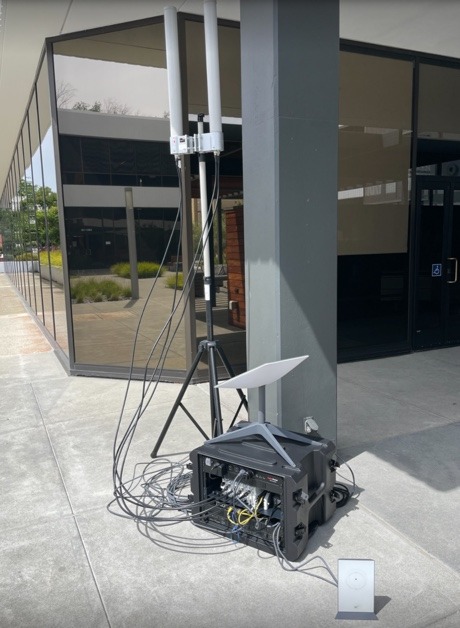 The obvious result of transitioning to Celona from standard Wi-Fi for the Wyze Car is superior coverage area for the Wyze car. The furthest point we drove to in the parking lot was 260ft away - even when we drove the car out of direct line of sight through the building's below-ground parking area.

In the following picture, the green line is the range of Wi-Fi only coverage for the Wyze car. And while on the Celona network, we were able to drove the car within the reach of drawn red polygon. 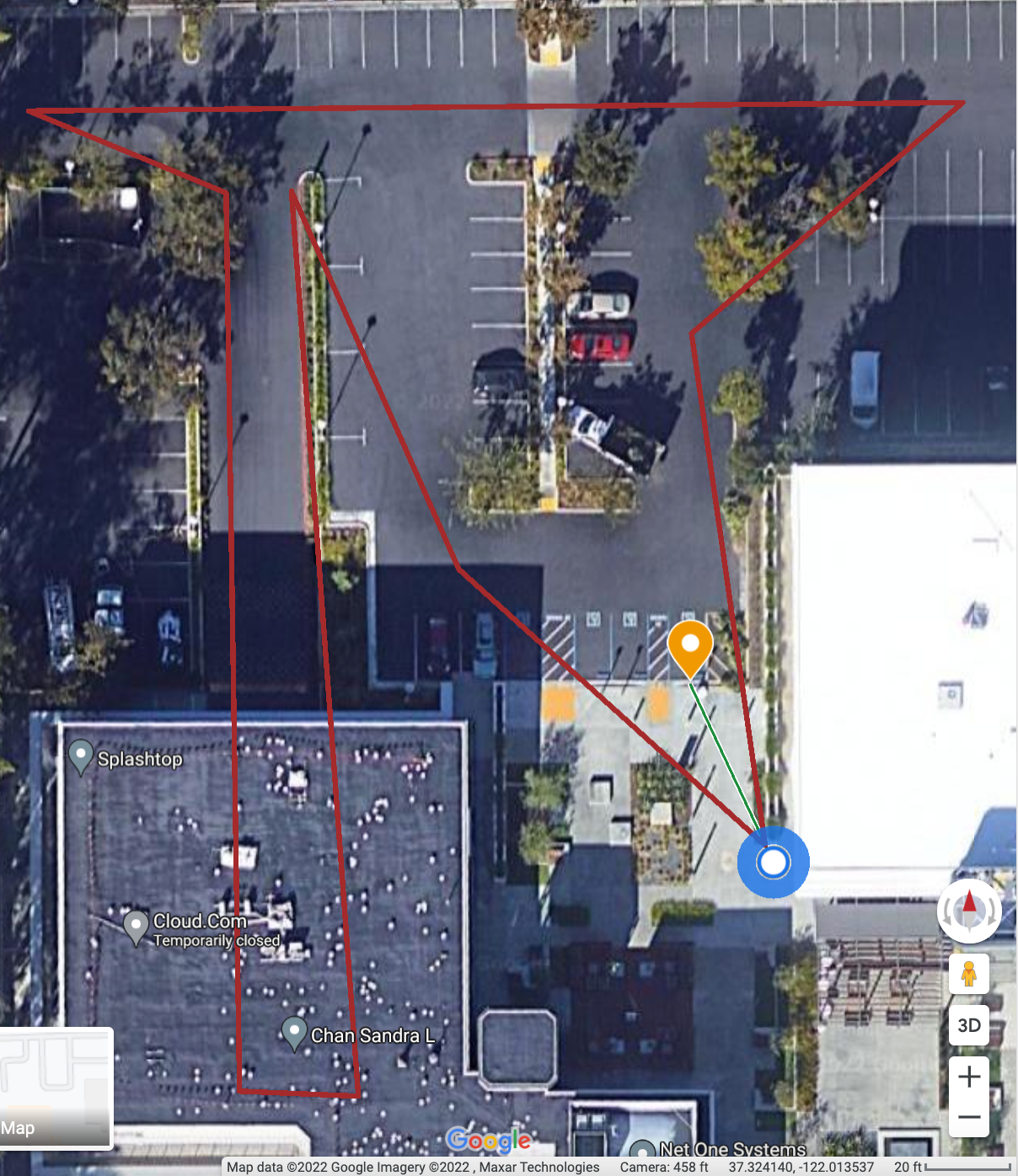 At some point, we'll perform RC car testing much further out. We could have even covered this drive area with the smaller Celona Indoor AP-12 unit instead of the big iron AP-11 unit with omni-directional antenna.

However, the point of this exercise was not to compare wireless coverage power. By bridging WiFi IoT with Celona, you can extend where you run WiFi IoT, perhaps in locations that are too far out for ethernet and WiFi. CBRS and 5G support in these device types - including Automated Guided Vehicles (AGV) - is likely not to happen soon, but you can extend wireless coverage for these device types now - with a CPE that can bridge WiFi, and Celona.

In terms of AGVs, if the AGV has ethernet or WiFi connectivity, Celona can extend wireless coverage. We also tested these other WiFi IoT devices: 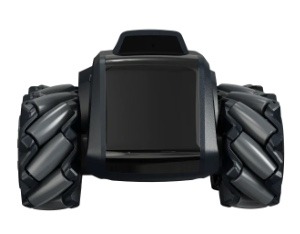 Like the Wyze Car, the Moorebot Scout can be controlled with via a smartphone app.

Moorebot can also learn routes, navigate around obstacles, navigate on a schedule, and can find its own way back to its charging station and charge itself. Moorebot is physically smaller, with less carrying capacity as you can tell from the picture below. 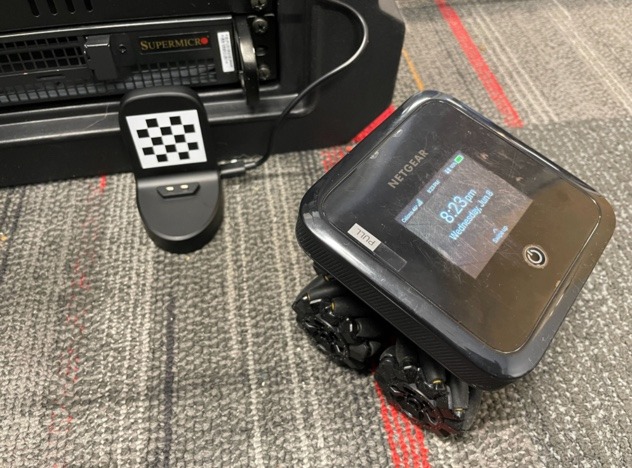 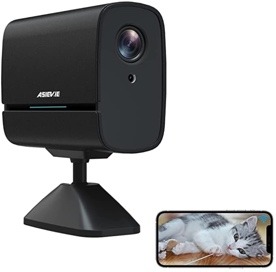 Wi-Fi cameras can also benefit from increased coverage area. With the increased area of coverage for the ASIEVIE camera, you can move this camera anywhere indoors or outdoors for much greater accessibility and ease of deployment. 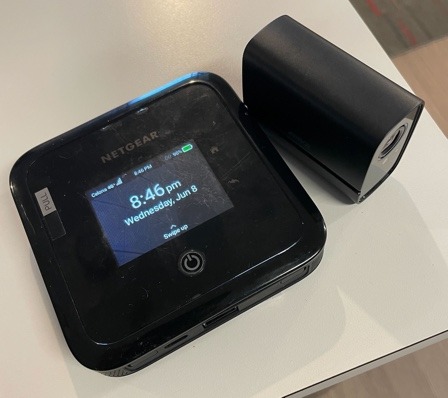 Both ASIEVIE camera and Netgear M5 hotspot can be deployed while running on batteries. And for longer runtimes, both can be powered via USB. 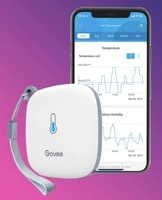 The Govee Wi-Fi Thermo-Hygrometer measures temperature and humidity anywhere. It is strictly battery powered and it connects the battery powered Netgear M5 hotspot easily via Wi-Fi. 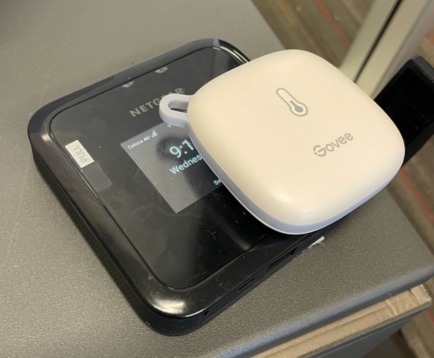 With Celona, you can deploy Wi-Fi IoT sensors such as this Govee at much higher density and at longer distances, outdoor or indoor. They could even be deployed on an AGV as part of automated drive-to sensor readings. 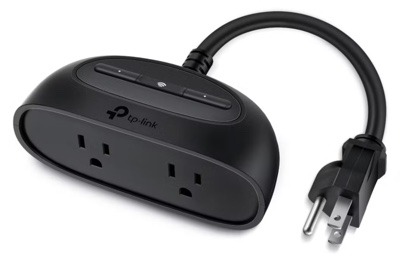 The Kasa Smart Plug allows for control via a smartphone app to manage access to AC power. With Celona, you can extend the range of that control significantly indoors and outdoors, and manage power for devices that are beyond the existing ethernet and Wi-Fi access network. 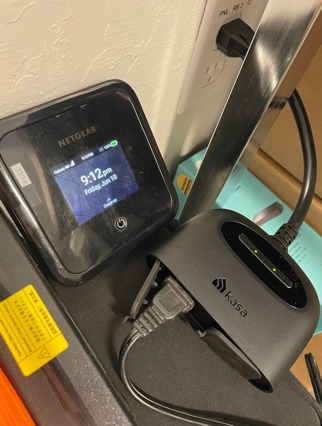 As with the other devices on this list, the Kasa Smart Plug would be configured with Wi-Fi access to the Wi-Fi hotspot - which is then using the Celona network for extended range and highly improved reliability in coverage. 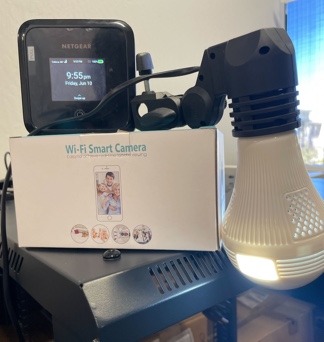 A variety of companies offer Wi-Fi enabled lighting components and bulbs. With Celona, you can control your smart lighting from much further away as they can advantage of a CPE to utilize a Celona network for wireless backhaul. 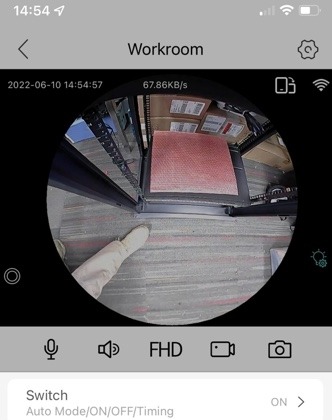 The model that was tested in the Celona labs also has a camera at the bottom of the bulb. For this IoT device, Celona is extending the control range for lighting infrastructure, as well as monitoring capabilities. 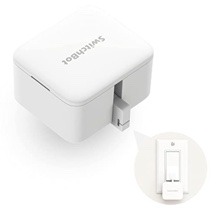 We've come full-circle with automation over compute and network technologies with a Switchbot: a device that can be remotely controlled to press a physical button.

The Switchbot itself does not possess Wi-Fi capability. With a Switchbot Hub, a bank of Switchbot units can connect over Infrared to the hub and can be accessed via WiFi.

We connected two Switchbots to our hub in our testing, as the hub conneted to the enterprise network via Celona private cellular wireless - thanks to our Netgear M5 hotspot If you ever need to press a physical button 2+ miles out, the Celona & Switchbot combination might be the only practical way to do it.

In this article, we looked at various IoT devices that can benefit from increased wireless coverage with your Celona network.

What ideas do you have for IoT connectivity with Celona? Let us know by requesting a custom demo at celona.io/journey.