Many private cellular installations require site surveys prior to the deployment and choosing best locations and orientations for the Celona Edge, Celona Access Points, antennas, and the client devices.

Private cellular is also deployed in temporary installations. These can be occasional, large area events such as festivals, concerts, disaster zones with support personnel - or other gatherings of people at places where networking infrastructure, including wireless, does not exist or cannot scale up enough to meet the short-term demand.

Celona Access Points and Celona Edge servers can be frequently and repeatedly deployed as part of a "base station" of components in a vehicle (e.g., COW - Cell On Wheels), or otherwise hauled to a remote location such as on hill overlooking a valley or heavy-duty tripods to achieve sufficient antenna height. Via portable power and backhaul (e.g. satellite internet), private cellular coverage for a large area can be setup anywhere.

"Is the Network Up?"

For frequently, repeatedly deployed Celona gear, it can help to have an obvious front panel at the base station of components to display important status at-a-glance. While the newer Celona Access Point and Celona Edge devices do have status LEDs, they may not be right in front of you after installation. This is the kind of information that you might want, showing that the system is "up and running" at-a-glance.

One method of creating a console is to use a Stream Deck by Elgato.

The Stream Deck is a USB-A input device with multiple buttons for programmatic control. Each button can also programmatically display information. 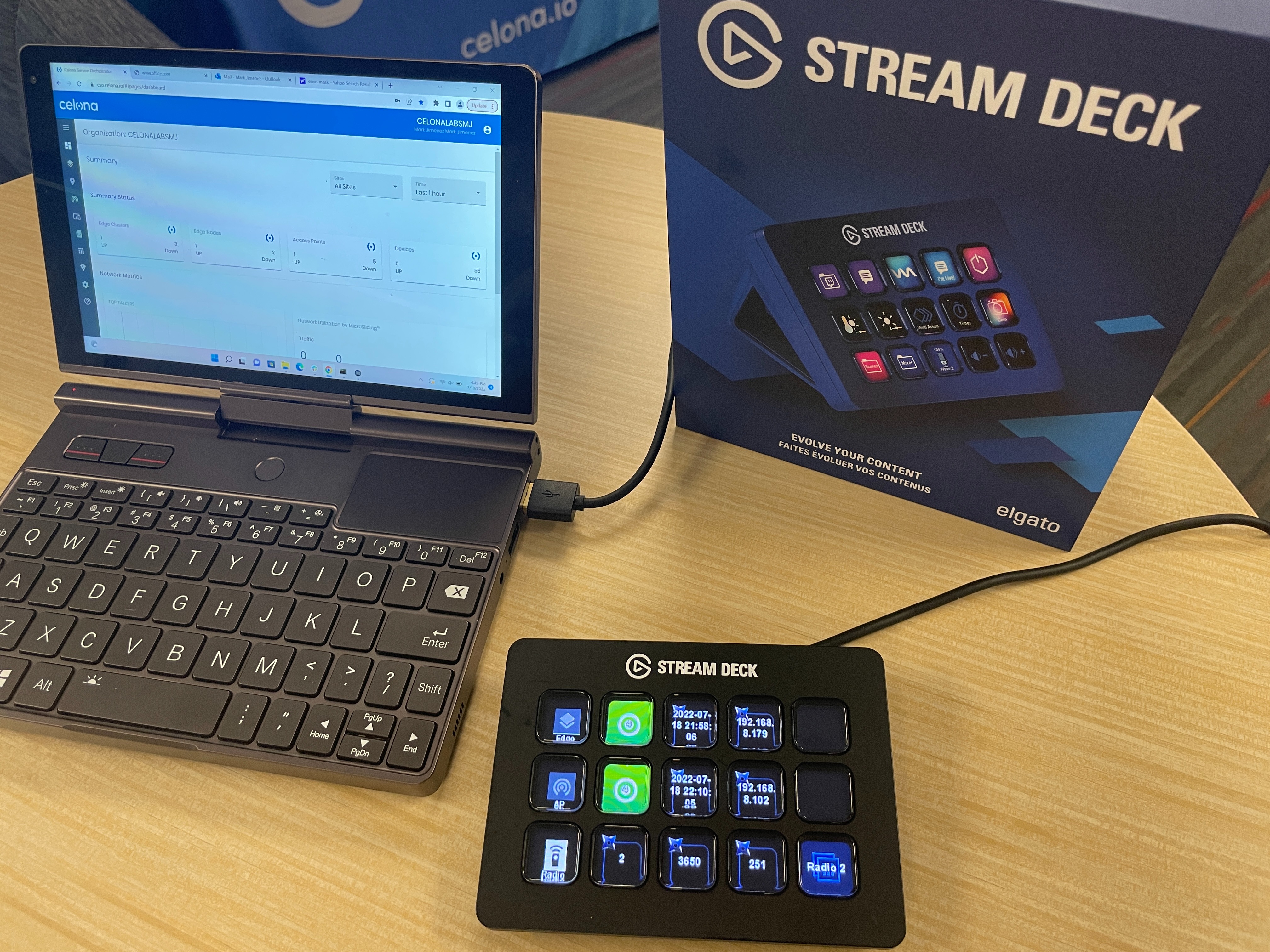 In this article, we look at how you can program a Stream Deck to make Celona API calls towards creating your own Celona front panel display. If you are new to Celona APIs, programming the Stream Deck can also be a great introduction.

Your First Stream Deck Button for Celona Edge 'Up' Status

Let's start with the most obvious and needed status for a front-panel display: "Up" and "Down" status of a Celona Edge appliance. Once you understand this, you will be able to do the same with the Celona Access Point as the API calls for status is identical. You will also be able to change the parameters that are parsed by Stream Deck to show other types of Celona information, such as Uptime and IP address. 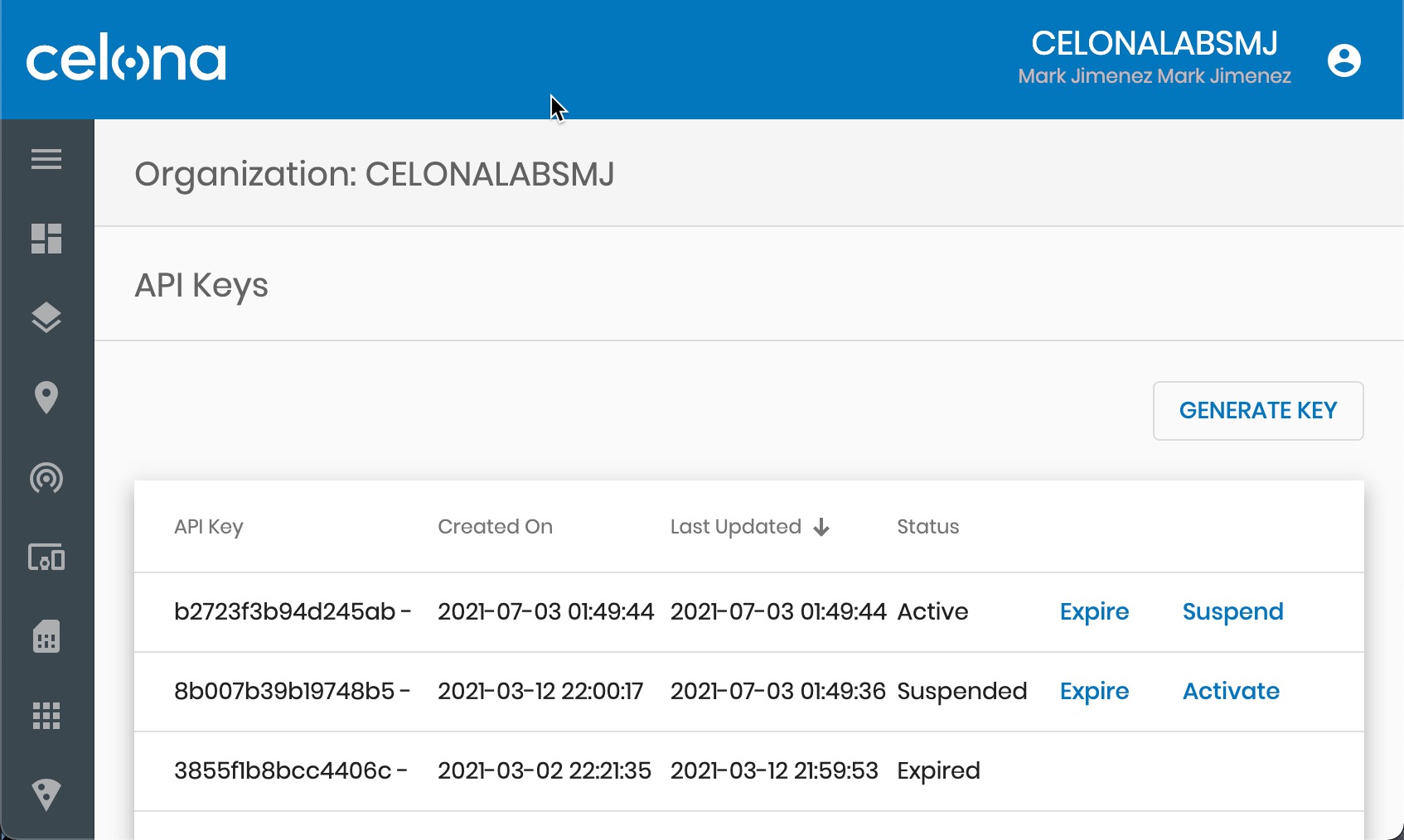 If you do not have one already, obtain an API key from your CSO account. In the Admin Settings > API Keys page, click on the GENERATE KEY button. Right after, you will have one chance to note down your API key.

Note: Keep this API key safe as this will have just as much visibility and control as web access on Celona Orchestrator itself.

Obtain the serial number of your Celona Edge

In the Celona Orchestrator web interface, under Edge Clusters, expand the Edge Cluster instance of interest and note the Serial Number of the Edge Node. 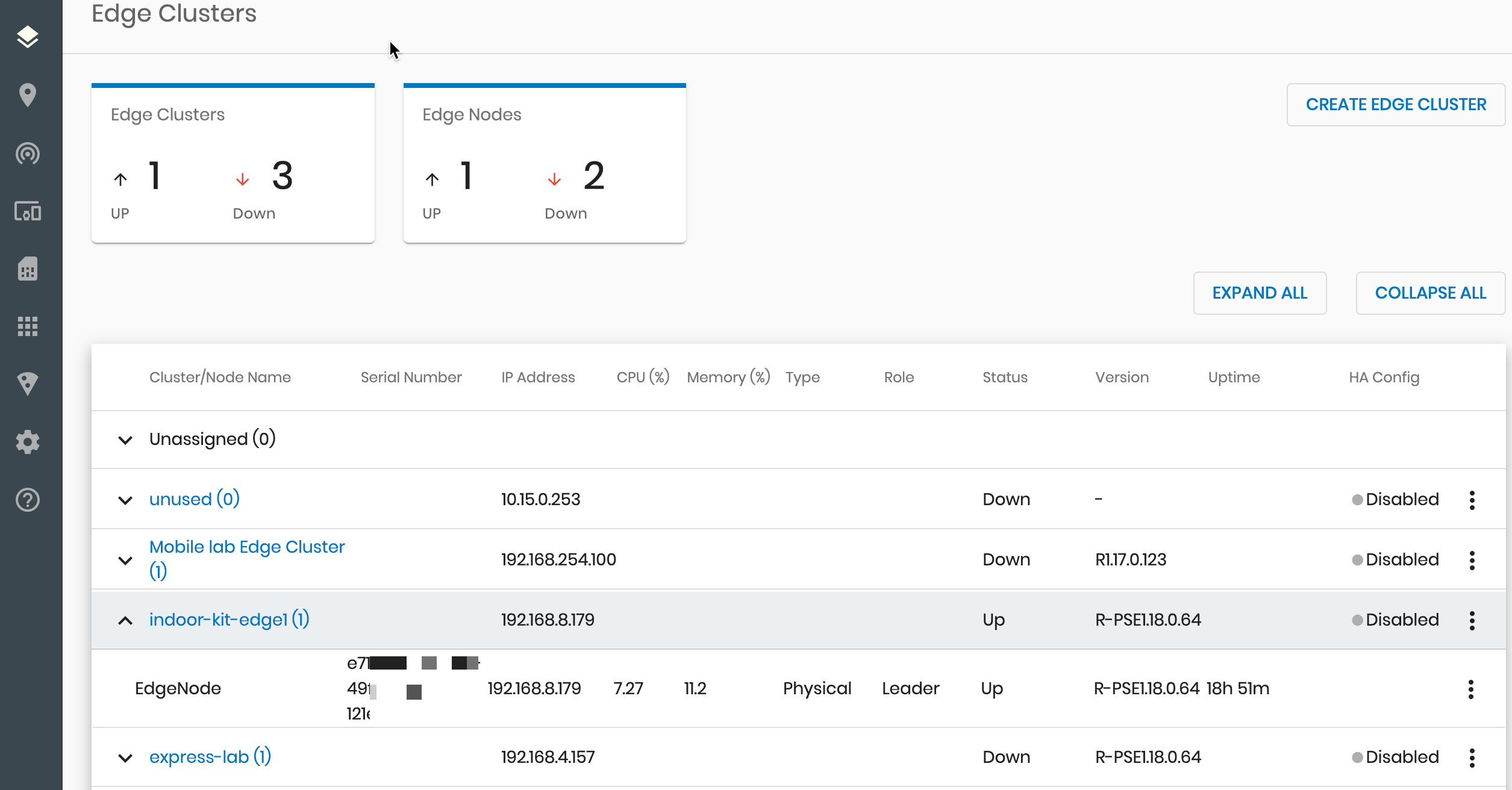 With the API key and the Edge Node Serial Number, you have all of the parametric data needed to configure a Stream Deck button to poll for Edge Node status.

With the Stream Deck device connected, the display on the application and device should be the same. 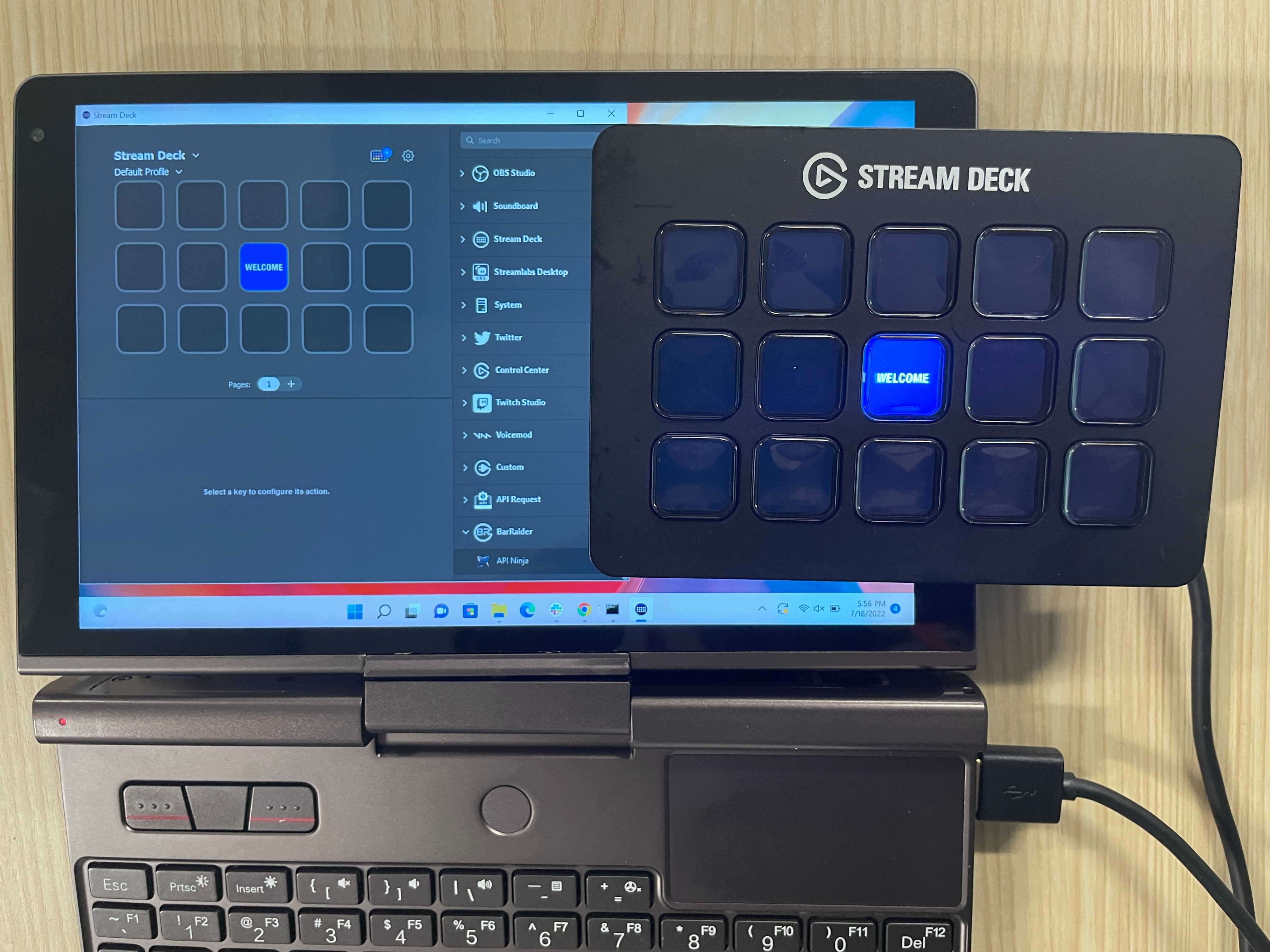 Install the 'API Ninja' plugin for the Stream Deck Application

There are other API plugins and you can even program your own plugin, but for simplicity in this article, we'll use the API Ninja plugin.

Configure the API plugin for your Edge status

Now, when the Edge Node is Up, the button should show the green image with the image value 4 in the center. 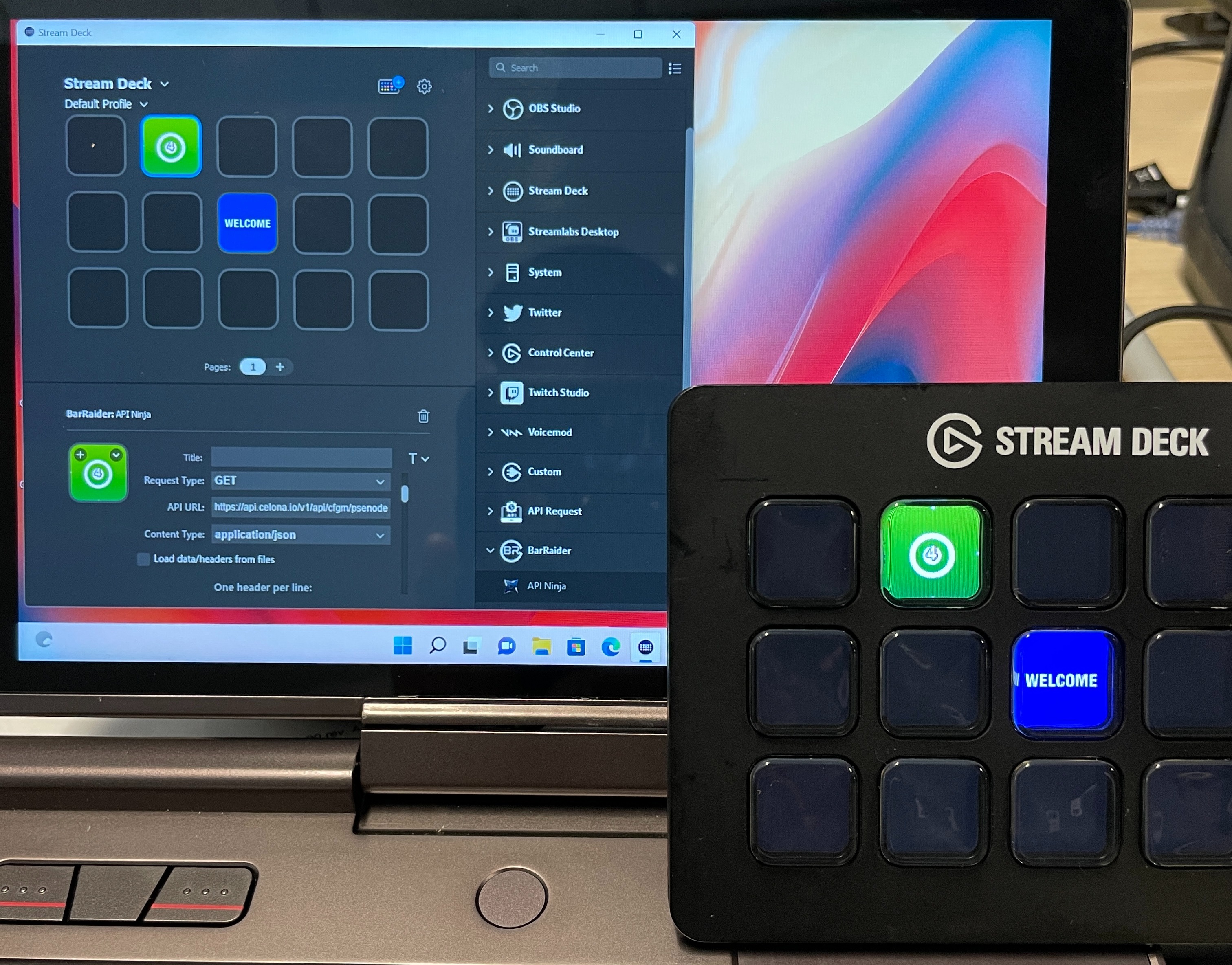 When the Edge Node is NOT Up, the button should show the red image - typically this will be data.status = 5. 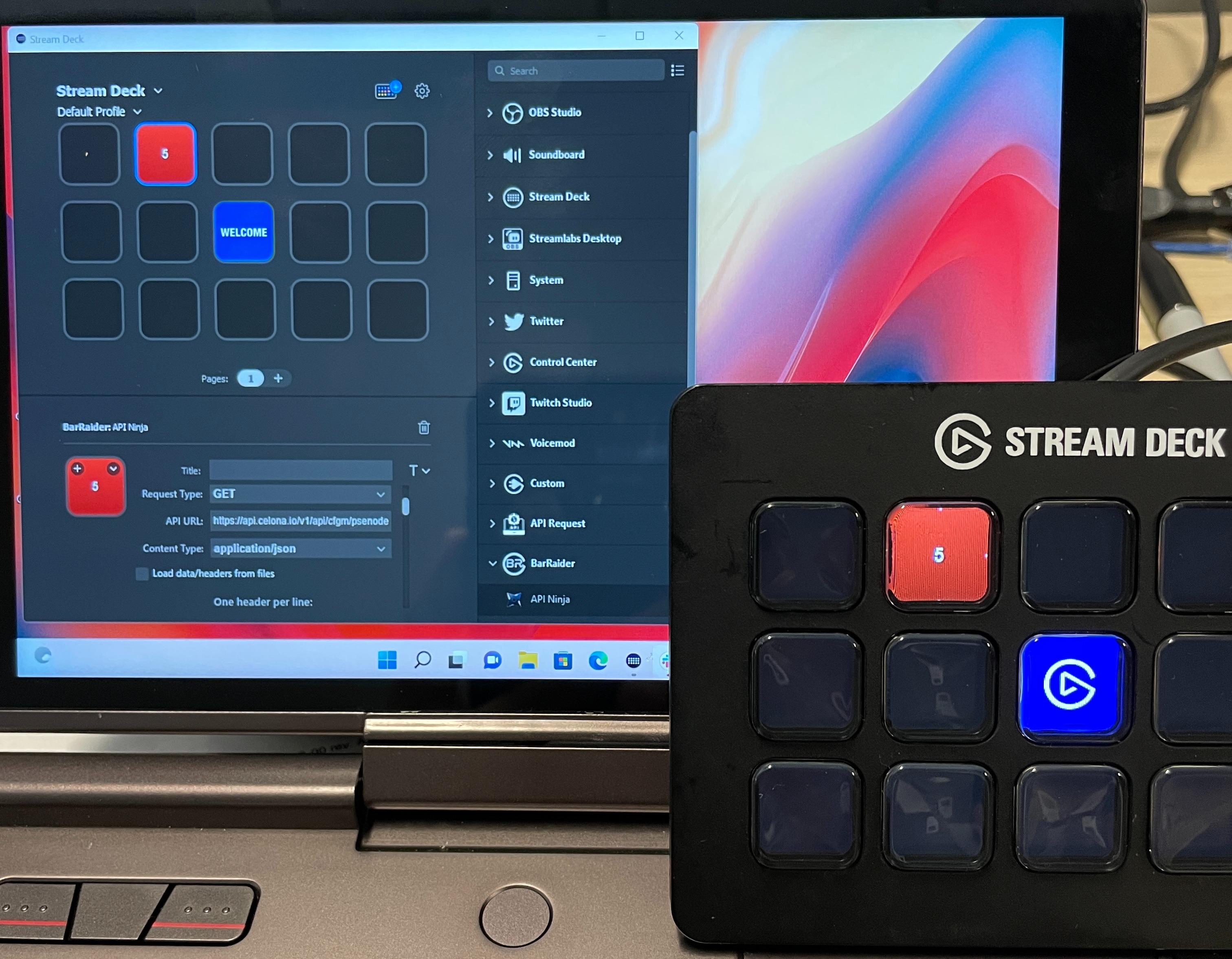 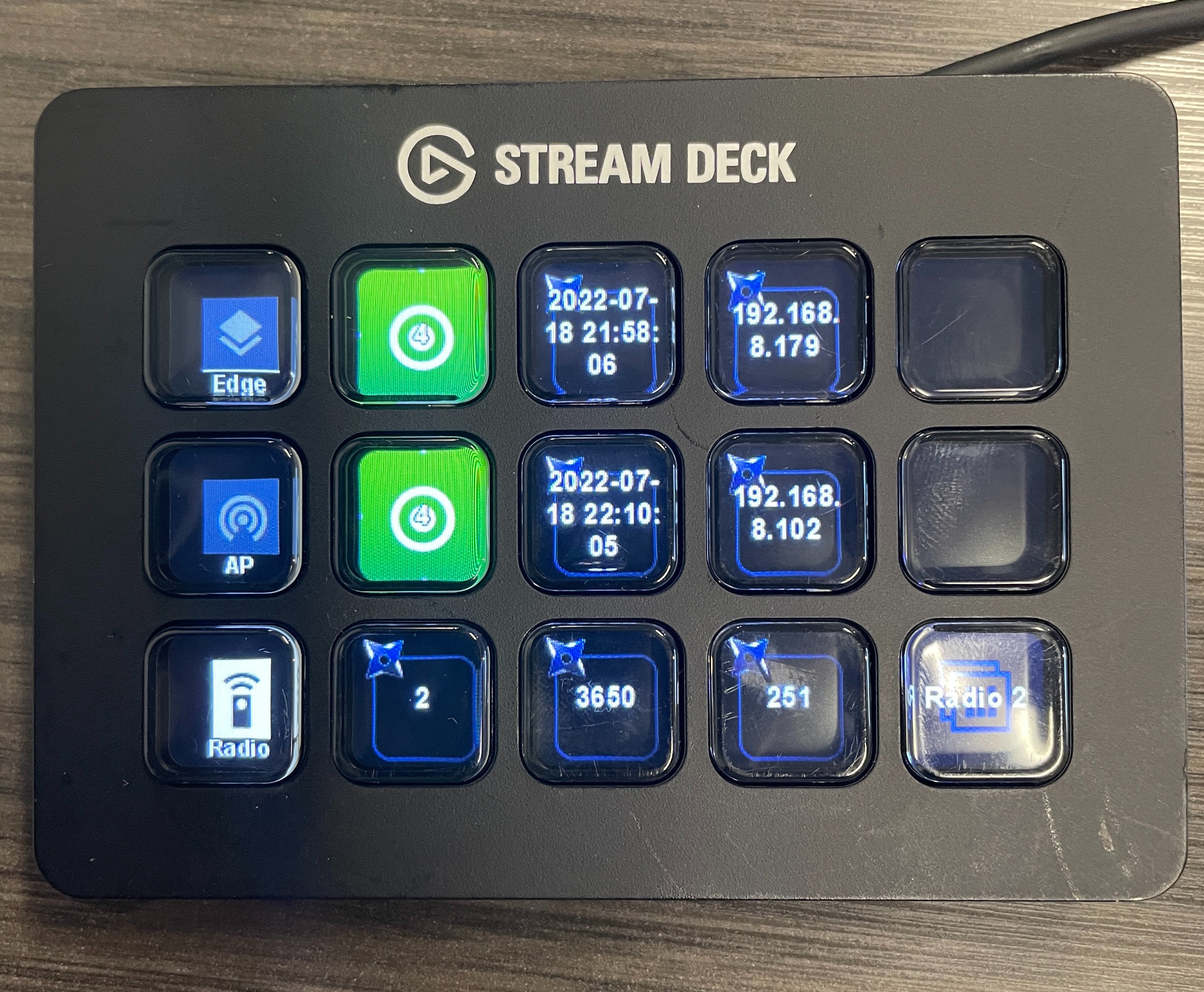 With the instructions in this article, you are now ready to customize your own front panel for your Celona network.