All radios in a Celona AP function independently, so your network remains functional even if CBRS higher-tier user activity is detected.

All Celona LTE access points (APs) have two radios. Each radio functions independently. Both radios can broadcast radio frequency signals simultaneously, allowing multiple devices to communicate with the AP at the same time.

The CBRS spectrum grant assigned to the AP is split evenly between the two radios. For example, if your spectrum grant is 40 MHz total, each radio will have 20 MHz of channel bandwidth available.

In the Access Point Details page for an AP in Celona Orchestrator, the Operational State card displays the status of each radio. If both are marked "Up," the AP is functioning normally.

If only one radio is transmitting in the interfering frequency range, only it will be shut down. The other radio will remain transmitting, meaning your network remains operational with limited bandwidth.

If a radio is temporarily disabled because of CBRS higher-tier user activity, the Access Points page in Celona Orchestrator will display a banner noting the AP is "currently experiencing an outage and performing at reduced capacity." 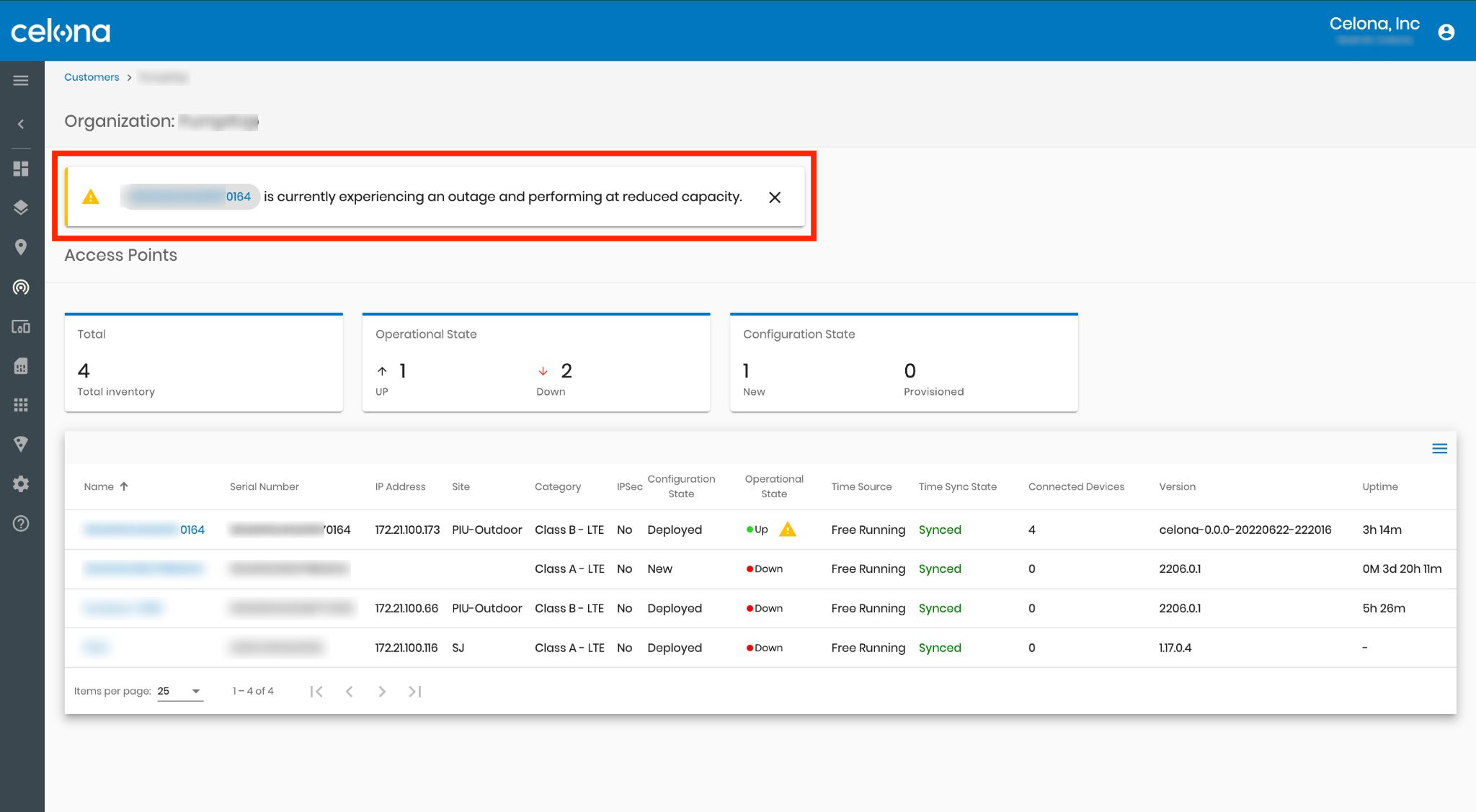 The AP's Operational State card will show its status as "Down."

To determine which frequency has been impacted, refer to the Radios card in the Access Point Details page.